``SKIATHITIKO SPITI`` ( house in Skiathos) is an individual effort to preserve and promote the traditional way of life in the last century in Skiathos !

A two floor house which according to the carved stone which is situated at the lowest part of the balcony between the two corbels, was built in 1910. It has thick walls made of stone with big cornerstones and a tile roof. Initially, the house had a basement where big urns were placed, used for the collection of olive oil, as the family had its own oil press at the back of the house.

During the repairs, the basement was filled with rubble to improve the earthquake security of the building and some of the urns as well as a millstone of the oil press were placed in the yard of the house.

On the ground floor, there are the living room adorned with a fireplace and a skiathian sofa, the dinning room table with its chairs made of handmade knitted bamboo, the sideboard and the carved curtain rail, the 1883 chandelier, the roman amphora, the traditional costume, skiathian rugs, embroidery and silk fabrics.

The wooden staircase leads to the first floor of the house which consists of three rooms. In the first floor on the right there are the loom of the family used to make hand-woven textiles and the everyday skiathian costume. In the second room on the right, there are photographic documents of the family referring to the last 150 years. The photos were taken in Skiathos and in America as the members of the family had emigrated to Newport of America. In the four wooden chests official documents (end of 1800 – beginning of 1900) as well as other family relics are placed. In the third room on the left there are the bedroom with the big iron bed adorned with silk and hand-woven textiles of the family, the formal skiathian dress and the wooden bride’s chests where her trousseau was placed. The handmade skiathian rugs and silk complete the decoration of the first floor.

In the yard of the house there are the big urns, the milestone of the oil press as well as many farm tools of that time. 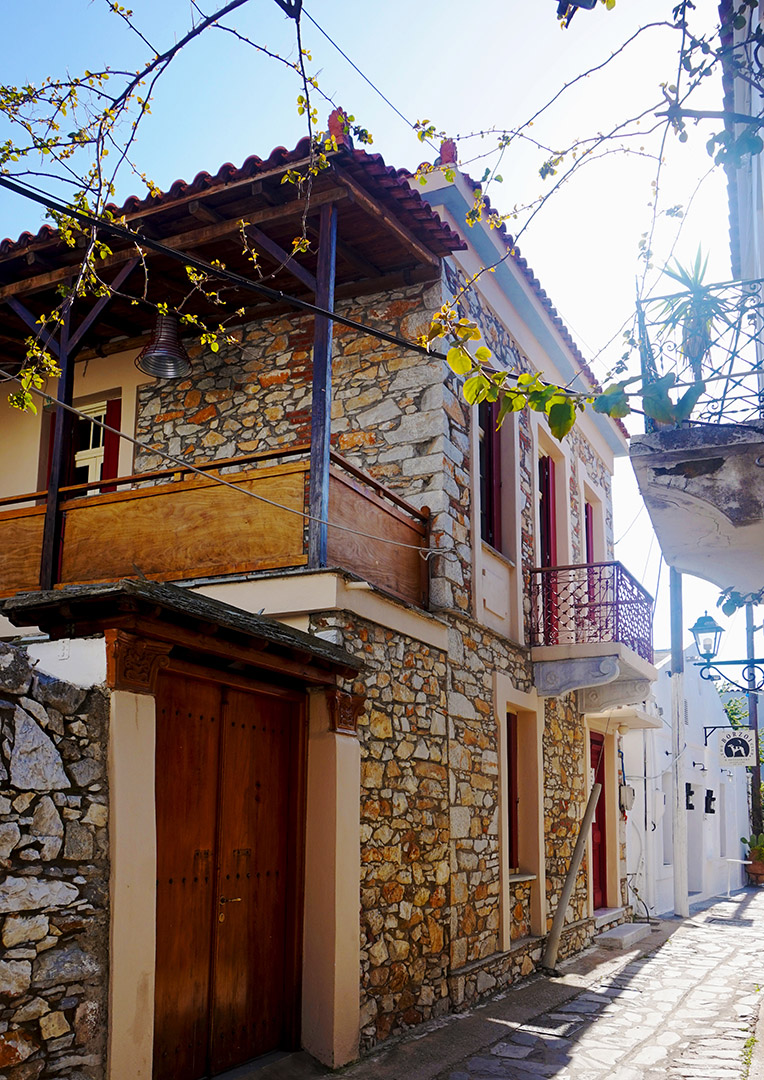 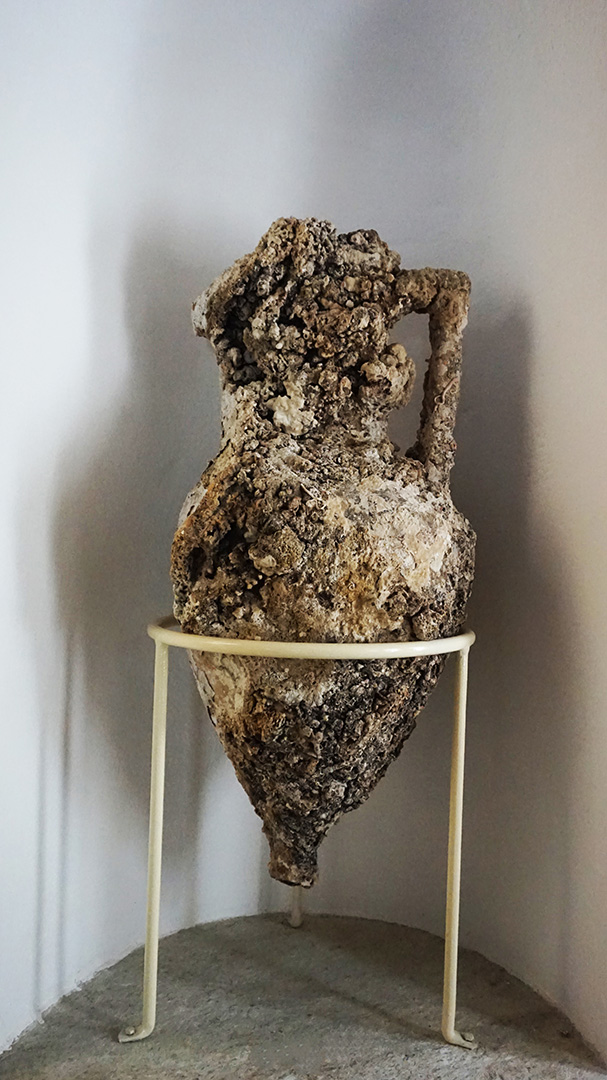 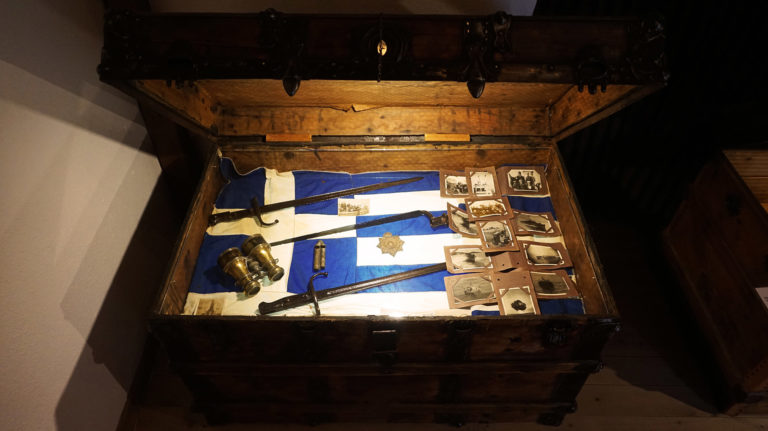 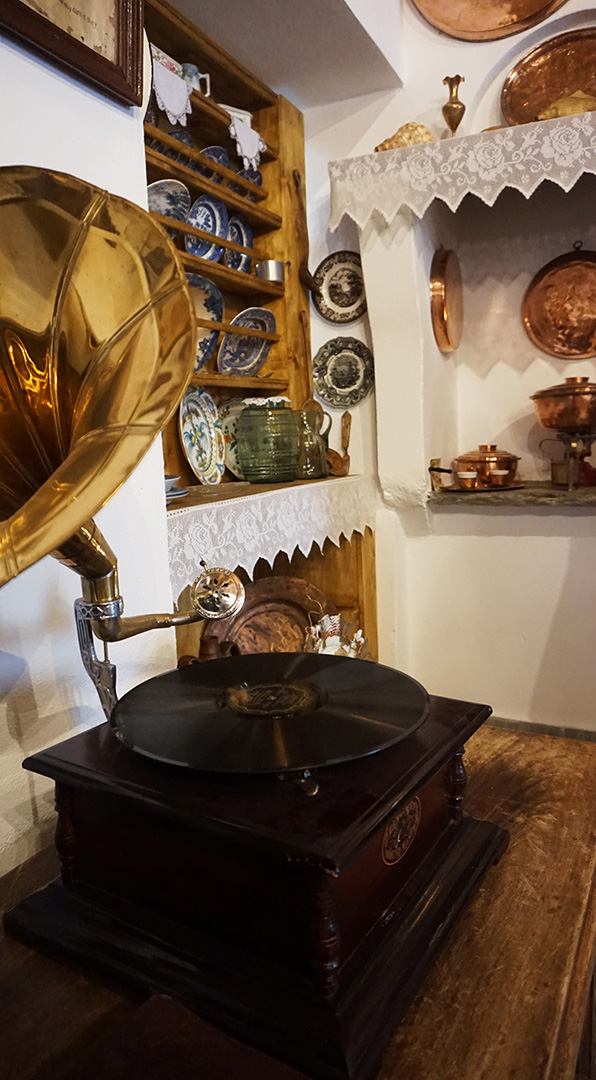 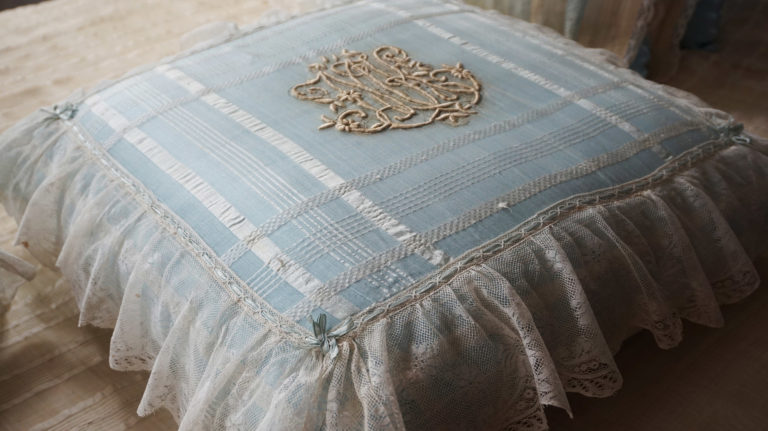 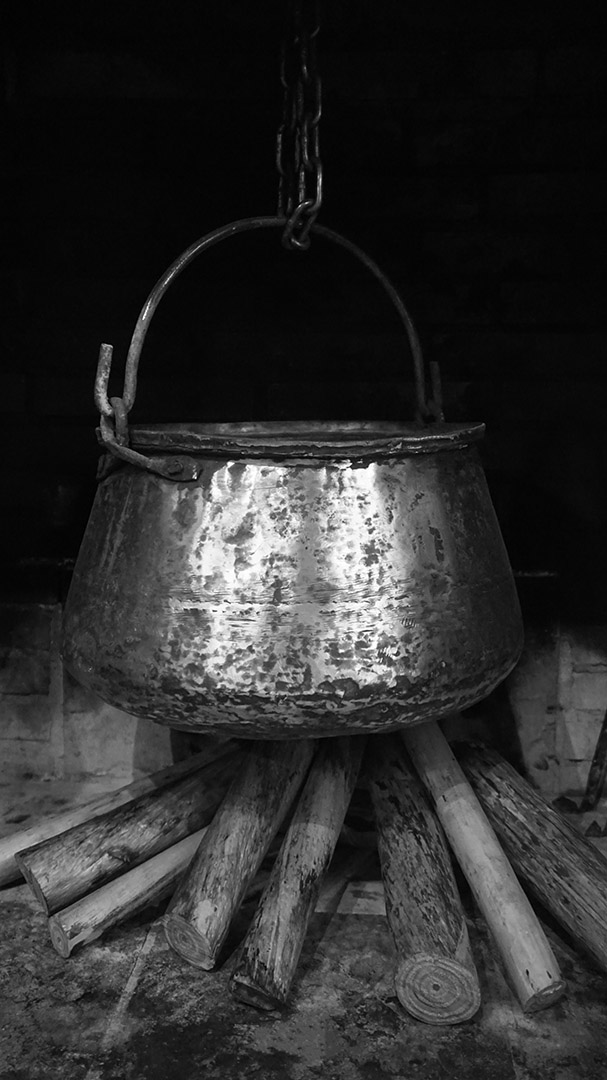 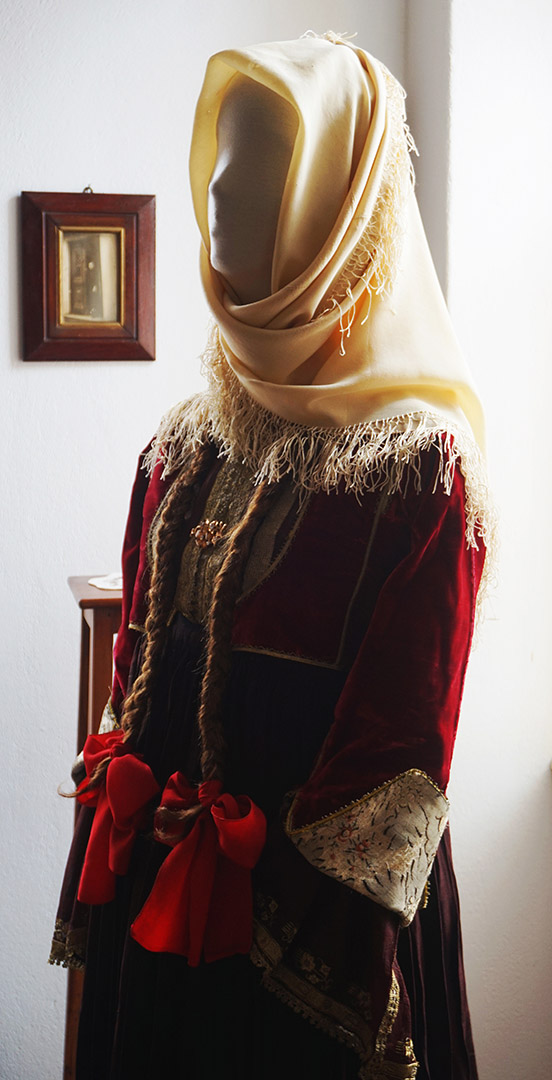 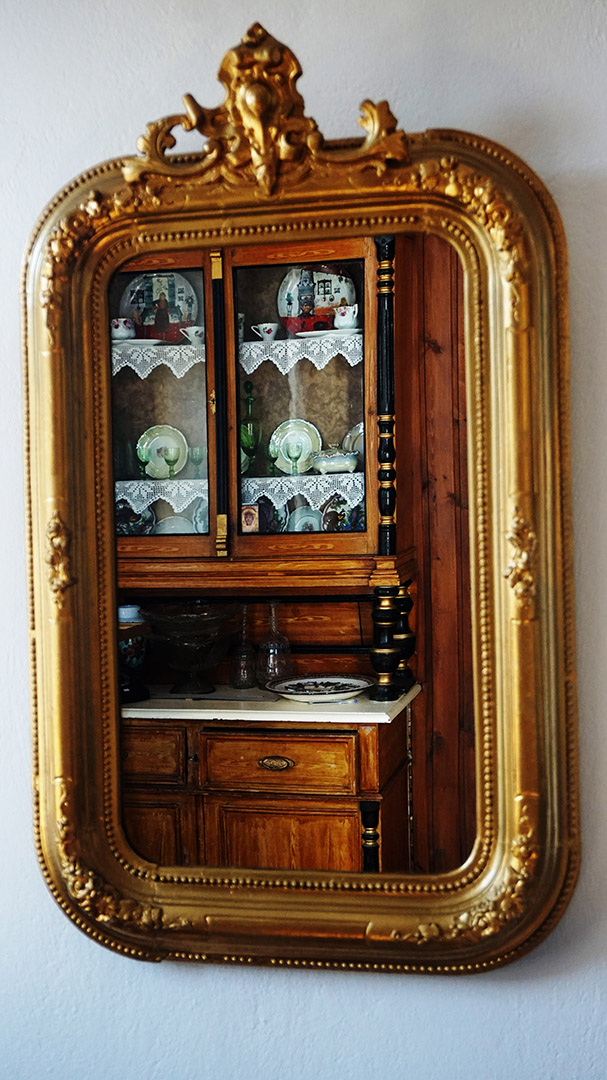 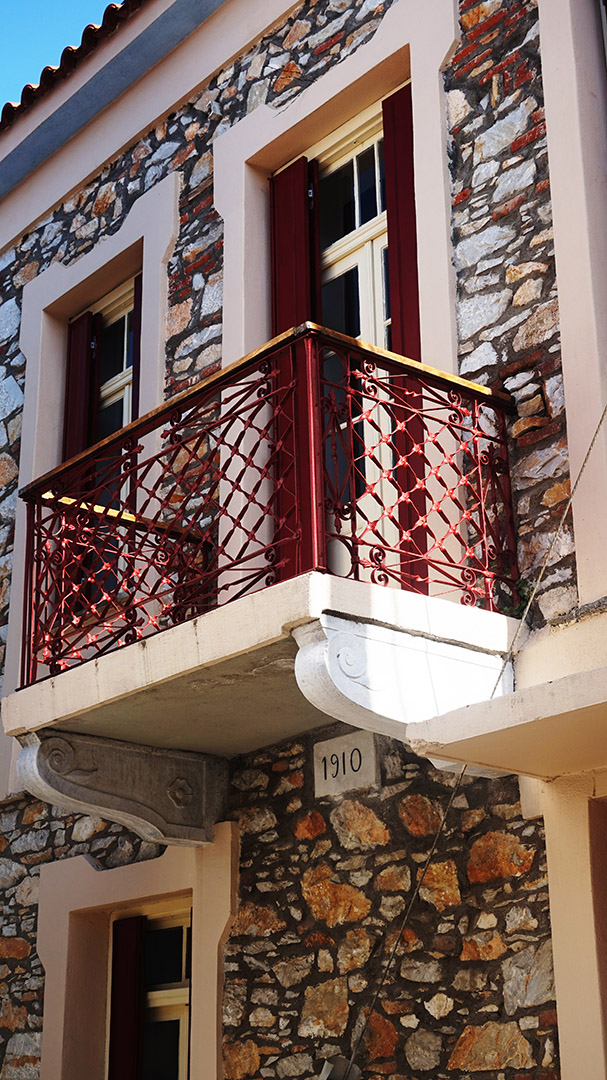 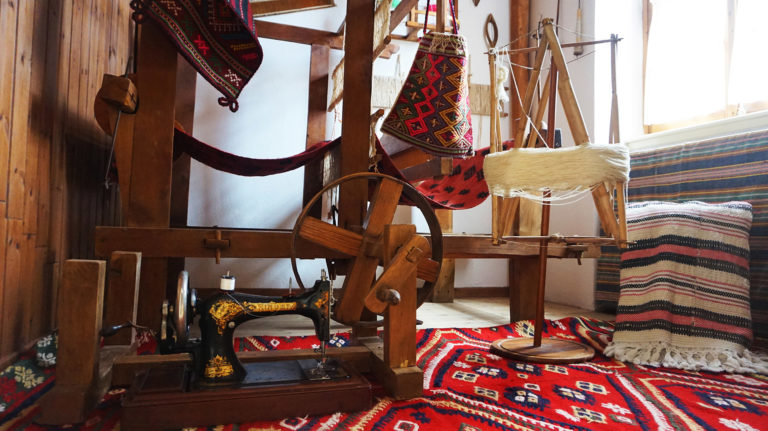 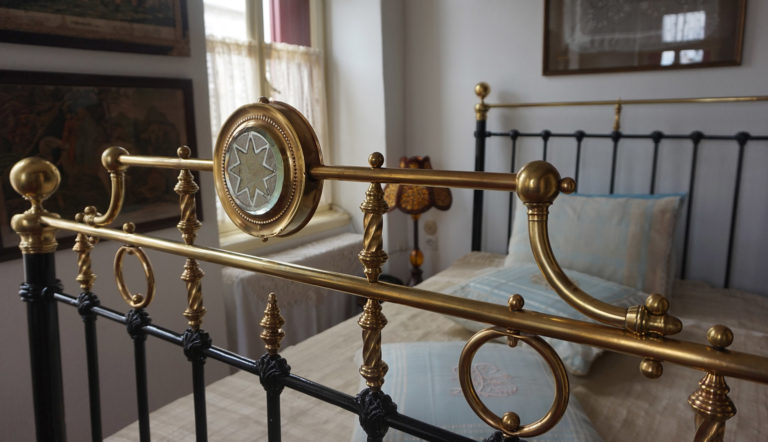 Spending lots of time and resources , our family achieved to maintain the items that existed in SKIATHITIKO HOUSE, to record stories, experiences, knowledge and present them in the house. The aim is to create a living history of the traditional house, significant daily activities, social events of our ancestors!